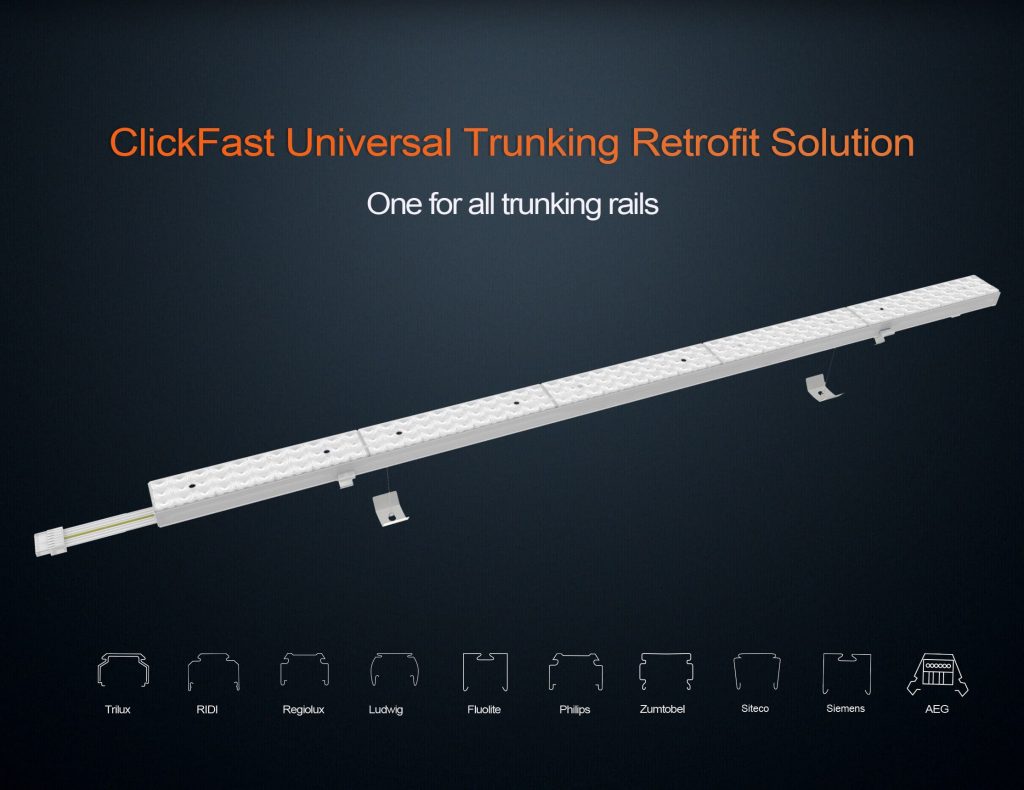 It is universal trunking retrofit which can use with most of traditional T5/T8 system.

It easy to replace.

In this 80 more years application period , The Lamp was widely used in factory ,warehouse,supermarket etc.

But  as the  pollution ,and not energy saving ,new led  lamp have  played an important role in marketing  in 21th century .

In this period , many big companines found the market and developed their own trunking system .

In  1948 , Trilux Group developed their own Trunking rails for traditional T5/T8 tube .

In  1952 , Germany company Regiolux deigned their own   system.

In 1960 ,  Ludwing  company in Germany designed the system

At present ,many factories  etc application  ,considering the energy saving   ,the fluorescent were replaced by led tube
directly .but it aslo created some problems with below :

1.Now mostly led tube could  work with CCG/KVG ballast ,but could not work with all  ECG/EVG ballast  .

2. Could not widely used in all application ,At same time only one beam angle with 120degree .

3.Lux , When install 6-8meters  ,the led tube could not meet the lux require obviously .

Why  not
develop  a replacement retrofits model which can be installed directly   ,and keep the old trunking rail retained  ,  no re-wiring  to meet different complex applications  .  It will be a  very Huge and potential market.

During the past years experiences , these Brand Systems are very popular in Europe ：

Available to retrofit below models:

If any trunking not in the list, please contact with me for the solution, we are professional in such project. 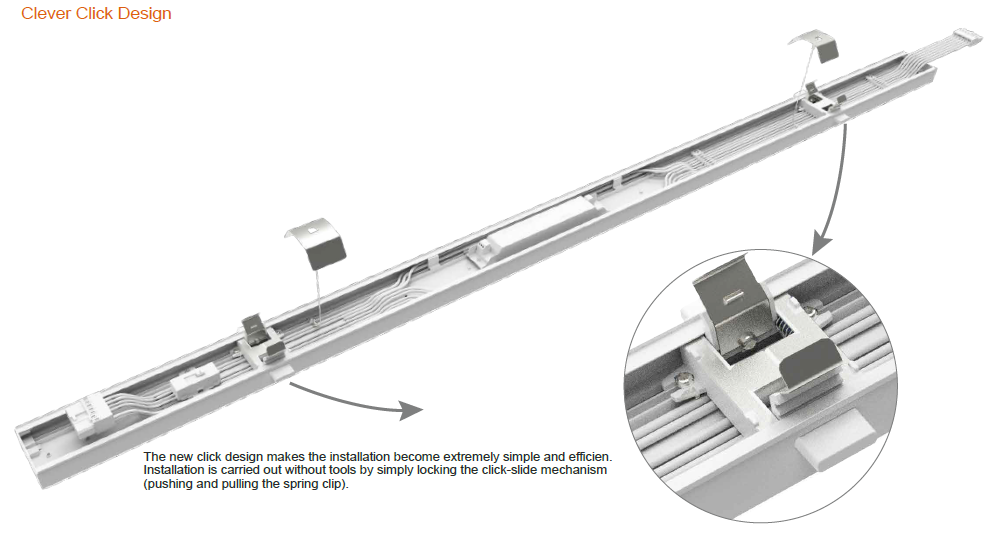 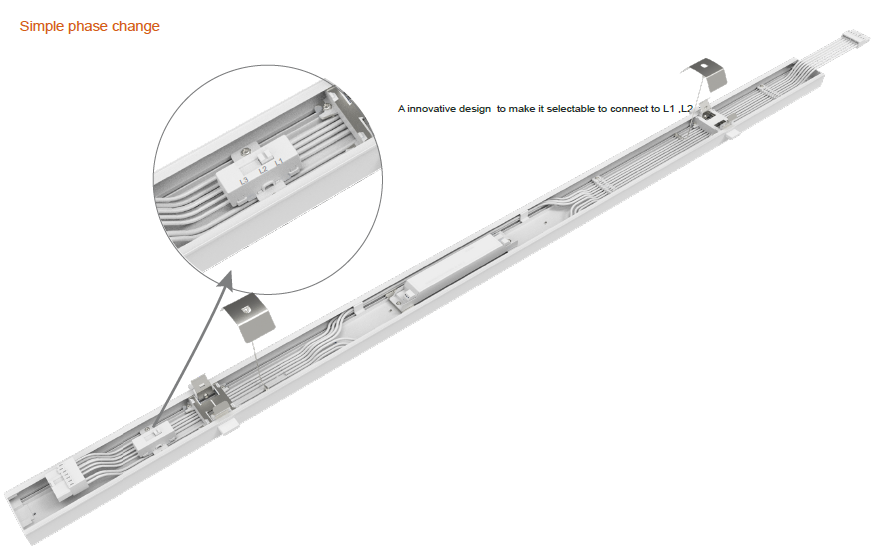 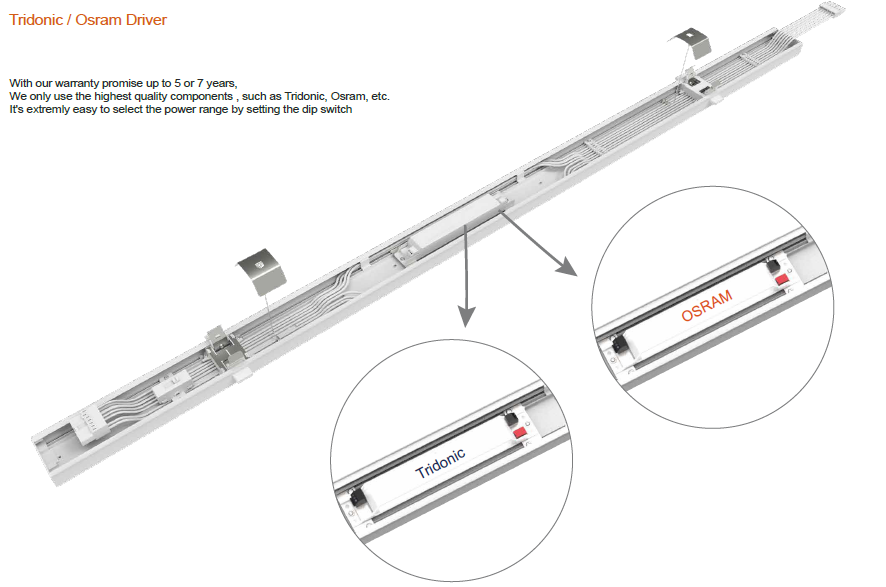 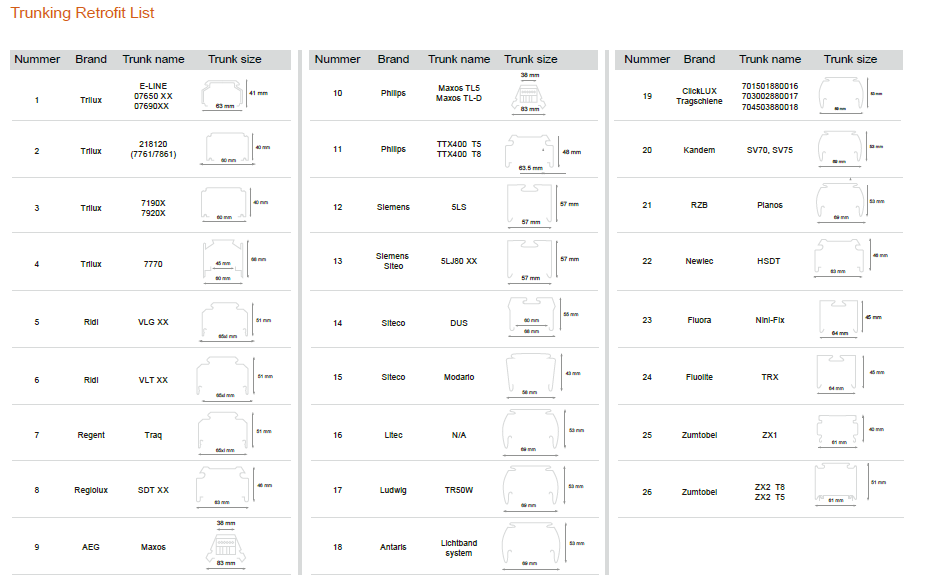